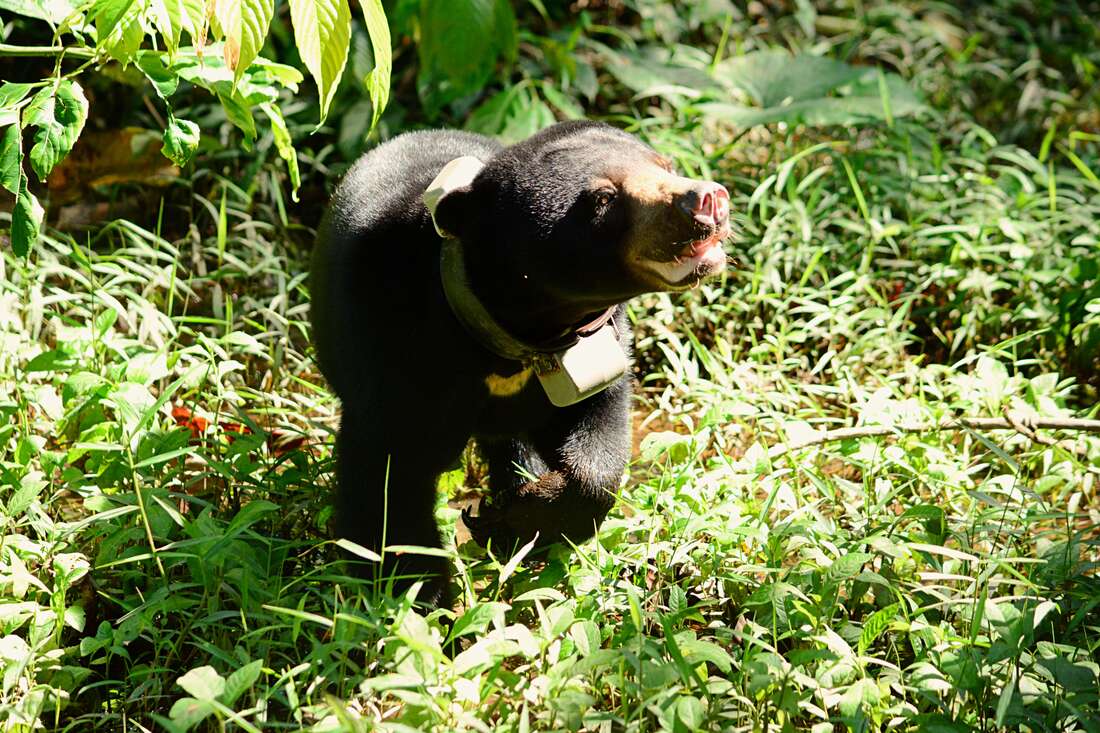 MEANING OF NAME: Name was given to her by Sabah Wildlife Department officer who sent her to BSBCC.

HISTORY: Wawa came to BSBCC on the 18th of March 2016. She was found in the Forest Management Unit (FMU) 16, Pinangah, Telupid District on the 11th of March 2016, alone without her mother and appearing weak. Wawa was brought to the main office of the unit and decided it would be best to only give her some water to drink. They surrendered the cub to the Sabah Wildlife Department and she was sent directly to the Lok Kawi Wildlife Zoo before being sent to BSBCC. She weighed 4.5 kg on arrival and showed signs of dehydration.

PERSONALITY:   Wawa has a sweet nature with blue eyes. Like most sun bear cubs, she has essentially captured the hearts of everyone. She moved to the bear house with Dodop on 10th October,2016. After that, she integrated with the sub-adult group. Wawa loves Dodop the most. She always tries to find Dodop when she has gone from her sight. Now, she is an explorer that has grown more and more into her wild sun bear instincts. Wawa is very alert to the environment. She will give a warning bark when a stranger is getting close to her.

​Wawa loves to explore in the forest canopy. She enjoys resting on the hammock or the basket in her indoor den and will gaze out into the forest, daydreaming or planning another day’s activities when she is outdoors. She has impressive climbing skills and is one of the most adventurous and outgoing bears in the BSBCC. Now, she spends more time learning relevant skills in the forest. She shows an excellent role model as a wild bear! After five years rehabilitation, she is one of the sun bears that will be released this year. Well done, Wawa!

On 26th February 2022, Wawa was successfully released into the wild.

Wawa shows her skills to survive in the forest, foraging food, building nests, climbing trees, and identifying threats. After six years of rehabilitation in BSBCC, it's finally her turn to live in the wild again! As soon as the door opened at 6.29 in the morning, Wawa dashed out of the cage, and soon she disappeared into the dense forest. We hope she enjoys her new adventure in the wild. Stay wild, Wawa!

​
ADOPTION: Rachel Servilican is adopting Wawa in January 2020.
OUR BEARS