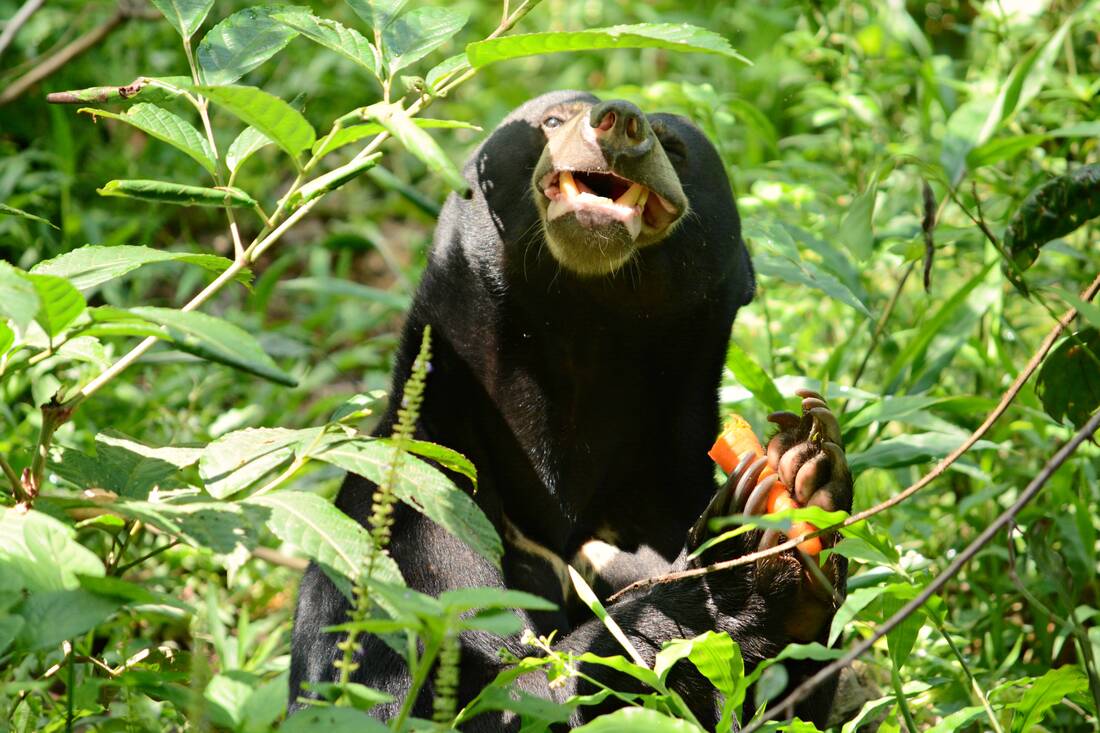 MEANING OF NAME: Originally known as Tan Sri, which is the name of his owner from the Mini Zoo Hot Springs Tawau, he has been re-named as “Sunbearo” in recognition of all the enabling support that the company, Neways has given to the centre.

HISTORY: Sunbearo was kept in a Mini Zoo Hot Springs, Tawau, South Eastern of Sabah before he was handed over to the Sabah Wildlife Department and BSBCC. Sunbearo was thin and weighed only 11.6kg.

PERSONALITY: Sunbearo and his friends took their first step out into the forest enclosure on the 24th of December, 2015. Sunbearo enjoys his daily playtime in the forest with his buddies Susie 2, Loki, Bintang and Kala. When he is in the forest, he will rest in his favourite spot of the day and at times wander around to dig in the soil looking for snacks. He never stops being curious and always wants to explore and touch anything he can. He also has great tree climbing skills. He loves to pick a spot and sunbath in that spot with enjoyment on his face. Sunbearo’s hesitant, curious and expressive face made him stand out from the start. Sunbearo is a foodie! When food is coming, he will growl and give a warning bark at the other bears to show he wants to get the food first. He likes eating very much and he is not particular about the food he eats. He is very playful around Bintang and especially Loki, playing on their hammock together. Sunbearo and Loki will suckle on each other’s ears or mouth as a form of comfort for them. He is still learning the necessary skills to make him become a wild sun bear on his own! It is amazing to see the progress he has made!

At 6.48 a.m., the door towards freedom opened up. Sunbearo and Loki took their time to come out of the boxes. Both of them appeared to have settled down, and they walked out of the boxes gracefully. Sunbearo was first, and Loki was right behind his tail. Sunbearo and Loki were sniffing their new surrounding without feeling startled. Loki continued sniffing and walking on the opened pathway for them while Sunbearo stayed around for thirteen minutes sniffing the around before walking into the forest.

IDENTIFYING MARKS OR TRAITS: He has a special tiny "V"shape on his chest mark. 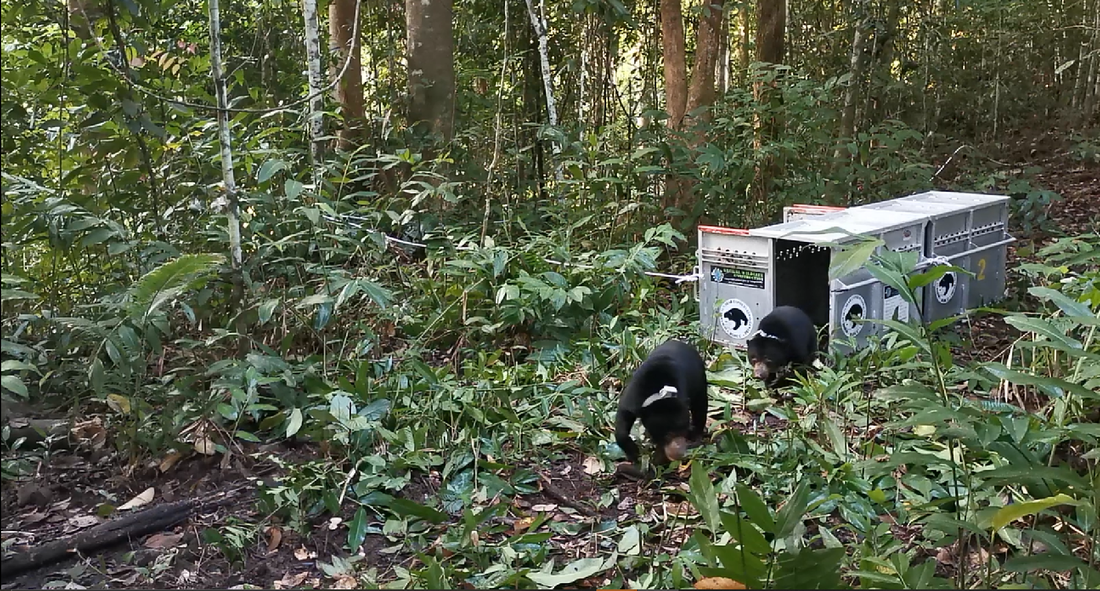 Huge thanks to Neways International (Australia) Pty Ltd that adopt and naming Sunbearo. Your support and contribution enables us to care for this orphaned sun bear.