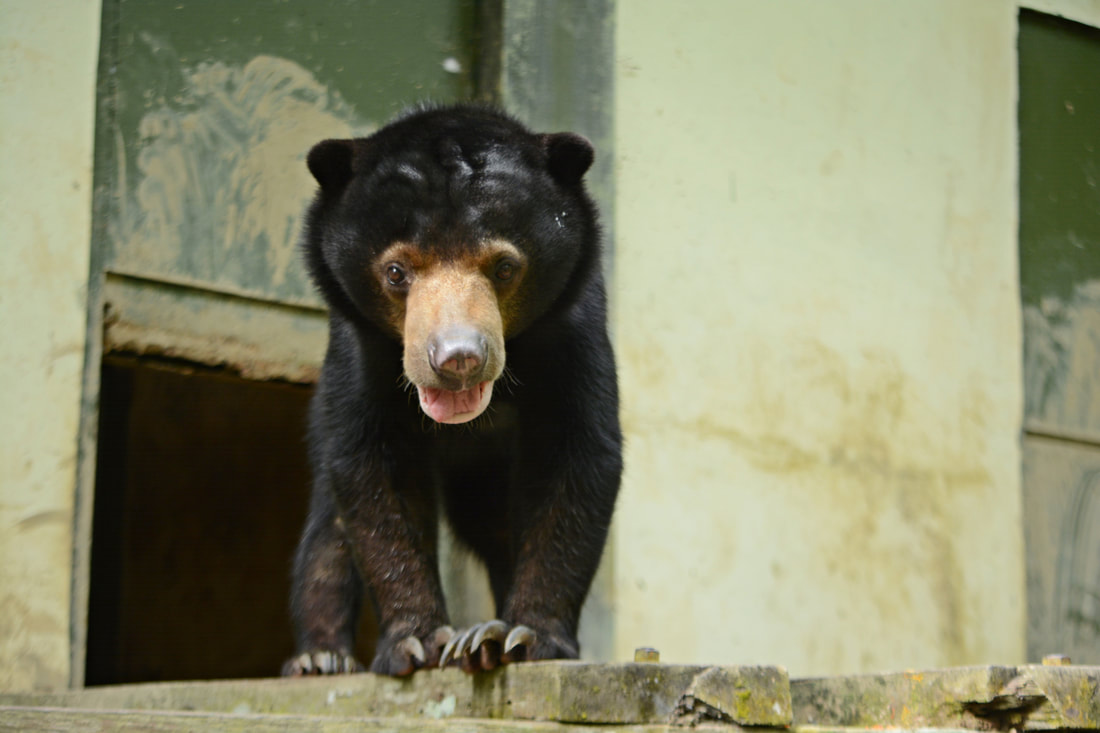 Name meaning: Name was given to him by his previous owner.

History: Simone was kept in a Mini Zoo Hot Spring, Tawau, in the south east of Sabah together with a male sun bear Along. They were surrendered to the Sabah Wildlife Department in early January 2016 and underwent quarantine at Lok Kawi Zoo. She was fed with rice and fruits.

Personality: Simone is such a character. She is mostly calm and chill. Even with two males in neighbouring cages side by side from hers, she is often unbothered. She became the most popular sun bear in the bear house with her affectionate behaviour and enjoys lots of attention from people. Simone likes spending quality time observing the activities surrounding the bear house. Simone can be found resting on the food tray or water container with an extremely inquisitive look, and wants to be involved with everything going on at the bear house. She loves hammocks as well, the higher it is, the better! She is pretty much aware of her surroundings and knows when food is around, she is especially ready when it’s mealtime! She has mastered the art of posing for cameras, when she wants to. She mostly spends her time exploring enrichment items like fresh logs and green leaves. She likes digging and she does a lot of it with water and food as well at every opportunity! On 28 December 2018, Simone was finally ready to explore the forest. She has no problem going in and out from her den into the forest enclosure, but she does not wander far and will be back in her den most of the time.​

ADOPTION: Tradewinds Plantation Berhad is adopting Simone under the My Bear Adoption Programme.