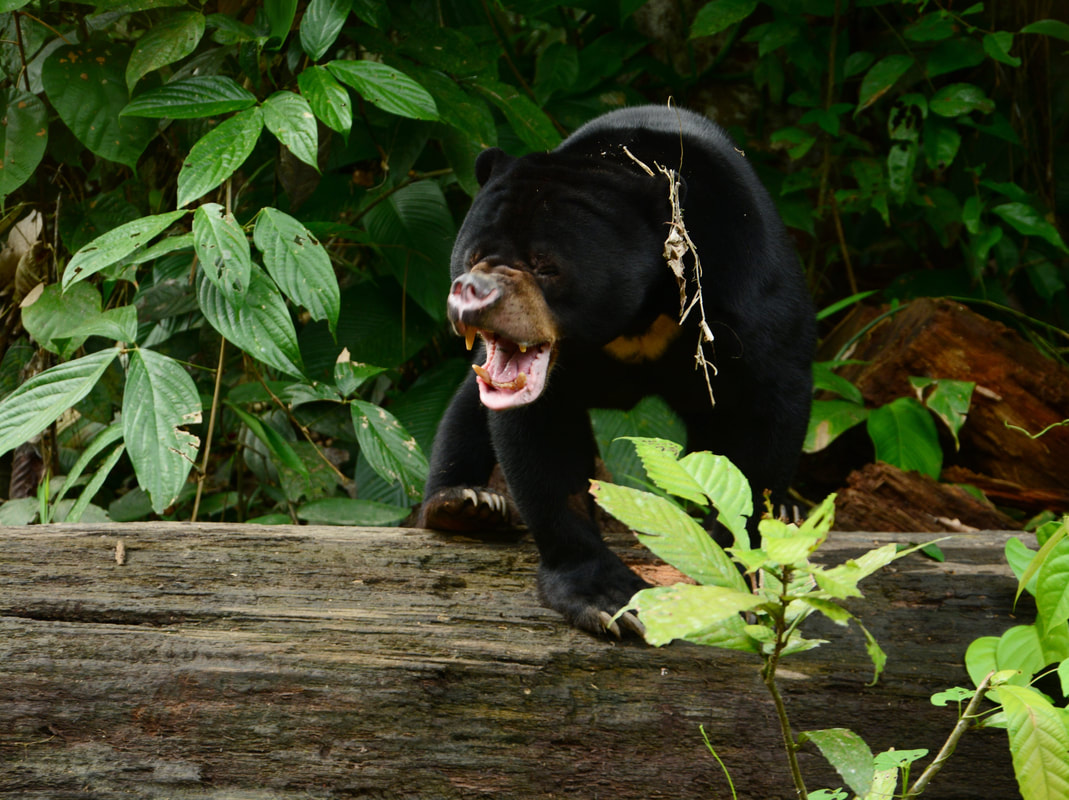 Name meaning: Sigalung is named after the logging camp where he was rescued from.

History: Sigalung was found by villagers near the logging camp in Sipitang district, Southwest of Sabah, together with Phin, an adult male sun bear. We presume their mother was probably killed before they were kept as illegal pets. Both of them were rescued and brought together to the Lok Kawi Zoo on 1st March 2014. On the first day of his arrival at BSBCC, Sigalung barked and appeared to be aggressive when the transportation cage was moved.

Personality: Sigalung is a healthy, adventurous and energetic bear. He is getting cheekier by the day. He is rounded and stout making him all the more lovable. He sometimes gets enticed around other male bears, but other times would also provoke them to fight. Sigalung is an avid digger; he could make a pond in a matter of minutes! When he gets excited prior to receiving enrichments like the honeycomb, he will whip his head left and right. It has taken him two years to go out into the training pen to build up the courage to step into the forest. Finally on July 27 2017, Sigalung conquered his fear, set his paws on the grass and is now enjoying the taste of freedom in the forest. He loves his new bridge leading to the forest enclosure. Now whenever the guillotine door is opened, he is excited and will rush straight out of his den to the bridge, climbing down the tree and into the forest enclosure. A new life is just the beginning! He loves most of the tropical fruits. When given food enrichments or bananas, he will sometimes lie on his back and enjoy his time exploring and relishing his treats. Learning in the forest will enable him to determine how special wild sun bears are meant to be. Sigalung has truly come a long way from where he began.​
​
Sigalung is available for MY BEAR adoption.