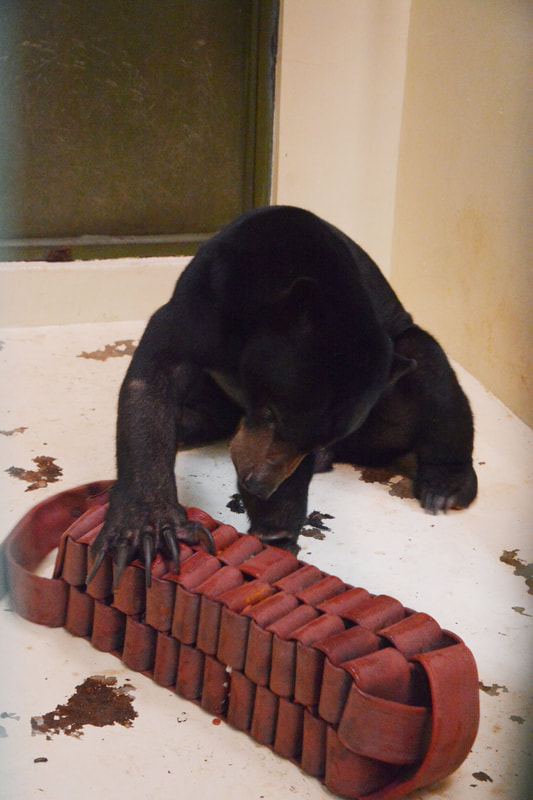 Name meaning: Name was given to him by his previous owner.

History: Ronnie was kept with another female adult sun bear called “Diana”. Both of them were rescued from the View Top Resort, Tawau, South-East coast of Sabah in July of 2013. Their owners said that they had been keeping the two bears together in a small concrete floor cage, and had displayed them to the public at View Top Resort, Tawau. They were fed with rice and fruits.

Personality: He loves to stare at people who walk past him. He watches them with curiosity and is interested in things that happen around him. Whenever new enrichment activities are introduced, Ronnie’s sense of curiosity is stronger than his stomach’s desire. Ronnie will work very hard on breaking the enrichment, especially with dead log feeders, bamboo feeders and Aussie dog balls. Three years ago, Ronnie began growing into a muscular bear. But the health check on July 13th, 2017 diagnosed that Ronnie had a heart problem. He was provided with a healthy diet and his overall health was monitored carefully. Through the intensive care given by the veterinarians and bear keepers, we hope Ronnie will recover with a strong will to live.

Ronnie is available for MY BEAR adoption.