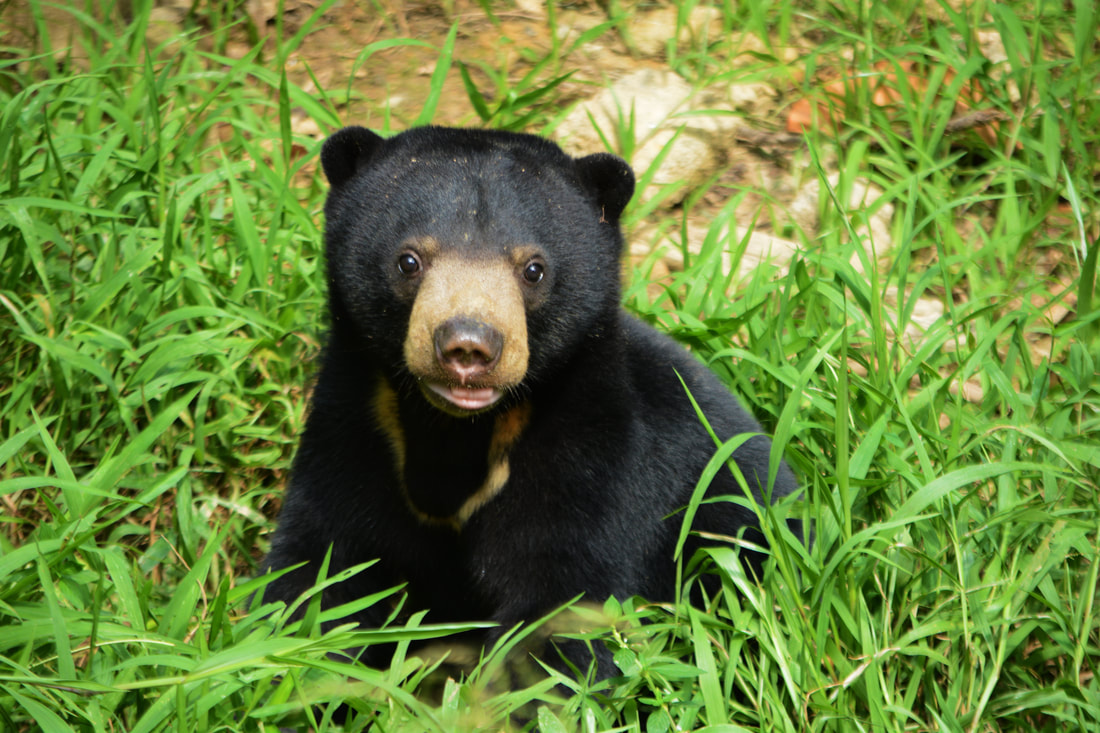 MEANING OF NAME: The name was given by the person who rescued her. She was named after the Romol village where she was rescued from.

HISTORY:The owner claimed that they found a cub alone in the forest and he took her then kept her as a house pet, where she was confined in a tiny cage. Bob Hartley and Virgil Joon Gunting got knowledge about this cub and quickly helped save the cub from a villager by negotiating with them to hand over the cub. She was rescued from Kampung Romol, Sapulut, in the interior division of Sabah and was handed over to the Sabah Wildlife Department then sent to BSBCC on the 7th of July, 2018. During the arrival, she was tiny. She was subsequently found to be malnourished, her bodyweight was appropriate and she showed signs of stunted growth (small body with some of her teeth being permanent teeth) as a result from improper diet (rice, cereals, sausages and fruits) and being confined in a small cage which restricted her growth.

PERSONALITY: She is the youngest female sun bear cub at BSBCC. She weighed only 5.95kg during her arrival. Romolina has made steady progress. It can be seen that she has a habit of sucking her front left paw or rubbing her back near care takers, and she vocalizes to seek comfort and safety. Her appetite is good, and she loves watermelon and honey dew! She will vocalize, shielding her food, especially coconuts, from other bears. Romolina is not keen with sharing her food. When given a coconut, she will slowly figure out how to open it but once she is done, she gets rewarded with coconut water and will lie down on her back, slowly chugging it with sleepy eyes like a baby drinking milk. Romolina is developing into a lovely and playful bear cub.

​On 20 April 2019, we introduced Romolina to the other sub–adult bears (Dodop, Wawa, Mary, Noah and Nano), but she only loved playing together with the male bears. She growled and chased away the female bears. On 13 August 2018, Romolina enjoyed her new found freedom in the forest. It was a fresh start for her after she spent the first five months of her life kept in a small cage. She has shown great enthusiasm in being able to explore the forest canopy! She loves to be alone, independent and active in learning the forest skills. Romolina is a superb climber and looks absolutely amazing! She loves to stay high up on a branch. She adapted well to the life as a wild sun bear. We know that her time will come to take the next step in her journey to freedom and have a second chance at living in the wild in the future.

IDENTIFYING MARKS OR TRAITS: She has an un-symmetrical chest mark which looks more like a necklace.
​
ADOPTION: Romolina is available for SHARE BEAR adoption.