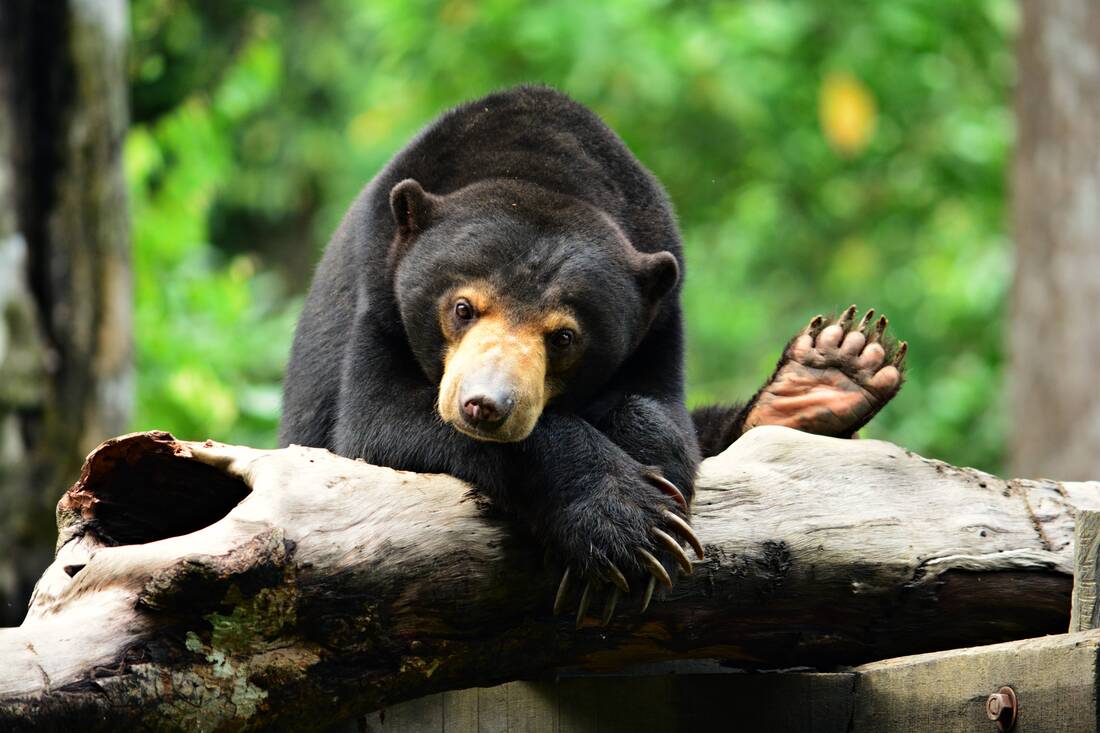 MEANING OF NAME: Originally known as Awang, which is the name after the town he was rescued from, he has been re-named as “Noah” by our bear care team which means being rescued.

HISTORY: Noah was surrendered at Nabawan, an area in the southern part of Sabah. He was found in an orchard and the villager thought he was a dog. Once she took a closer look, she found that Noah is a sun bear. So she kept Noah as pet and surrendered him to Sabah Wildlife Department (SWD). They rescued him on the 19th of August 2016 and sent him to Lok Kawi Zoo after that. Noah only came to BSBCC on the 10th of October 2016. He weighed 8.6 kg and showed signs of dehydration. Also, we found that his four milk teeth had been crushed off which effected his teeth structure and arrangement.

PERSONALITY: Noah is an adorable and sweet sun bear, and he can melt your heart in an instant. He is also energetic and playful. He plays with anything that he finds along the way. Noah loves to run around, exploring the dens and jumping into his comfy basket or digging dead wood and simply chilling out! He loves water. Noah stays with Nano. However, when food is coming, he will block Nano from getting close to his food by pawing him. Sometimes they fight, but they reconcile easily. His favourite treats are peanut butter and banana leaves! On the 13thAugust 2017, Noah and his friend Nano finally stepped foot into the forest for the first time. Now, he is spending his days play fighting with Dodop, Wawa, Logan, Romolina and Joe, roaming around the forest, climbing his favourite trees and digging! With his strong forest skills, Noah will be an excellent release candidate in the future. We have high hopes that, eventually,Noah will have a successful rehabilitation,allowing him to return to the wild, where he belongs.

​
Noah is available for MY BEAR adoption.