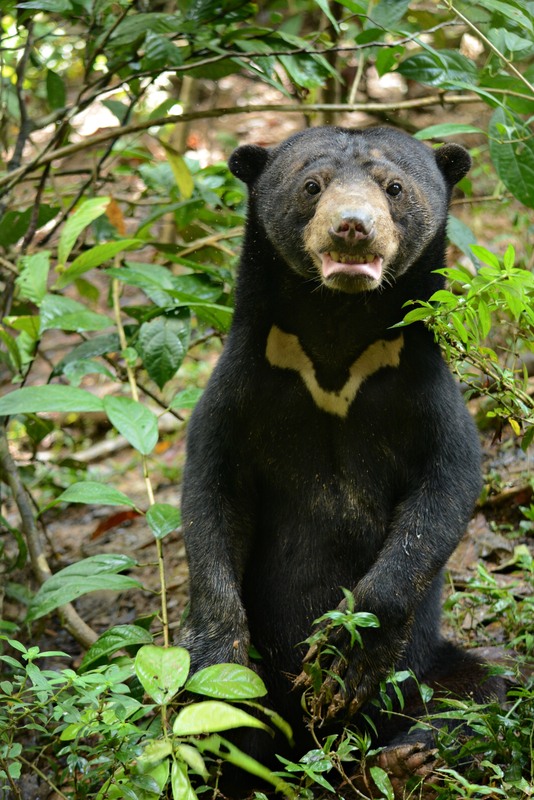 HISTORY: On November 15th, 2016 Nano was purchased by a lady with the intention to end up his unfortunate life in Kota Marudu, north of Sabah. Once she saw Nano was kept in a small chicken mesh cage, she decided to spend RM1,500 to rescue him from the seller. After that, she surrendered Nano to the Sabah Wildlife Department and they sent to BSBCC on 20th of November, 2016.

PERSONALITY:  When he first arrived at BSBCC, Nano was slightly stressed, dehydrated and underweight, weighing only 9.7kg. Consequently, his canines and claws appeared too big for his tiny body. He must have been ill-treated when he was kept as a pet which has caused him to suffer psychological trauma and develop stereotypical behaviour. It will take him a long time to recover from the terrible trauma he has been through. Nano is a shy and quiet bear. His first bear friend was Noah. He has been integrated with other sub-adult bears as well, but was unsuccessful. He feels safer when he stays beside Noah. He shares his food, toys and resting place with Noah. He loves Noah so much! He will suckle on his shank for comfort. He will give a warning bark when somebody tries to disturb him. On the 13th of August 2017, Nano and Noah finally had the chance to explore the forest for the first time. He has grown to understand and love the great deal about forest home. He will grow into a confidence, gain trust and recover from pain and have the second chance to live as a wild bear again.

IDENTIFYING MARKS OR TRAITS: He has a distinctively longer face shape. 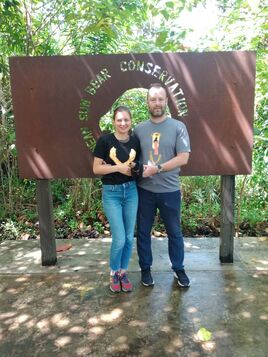