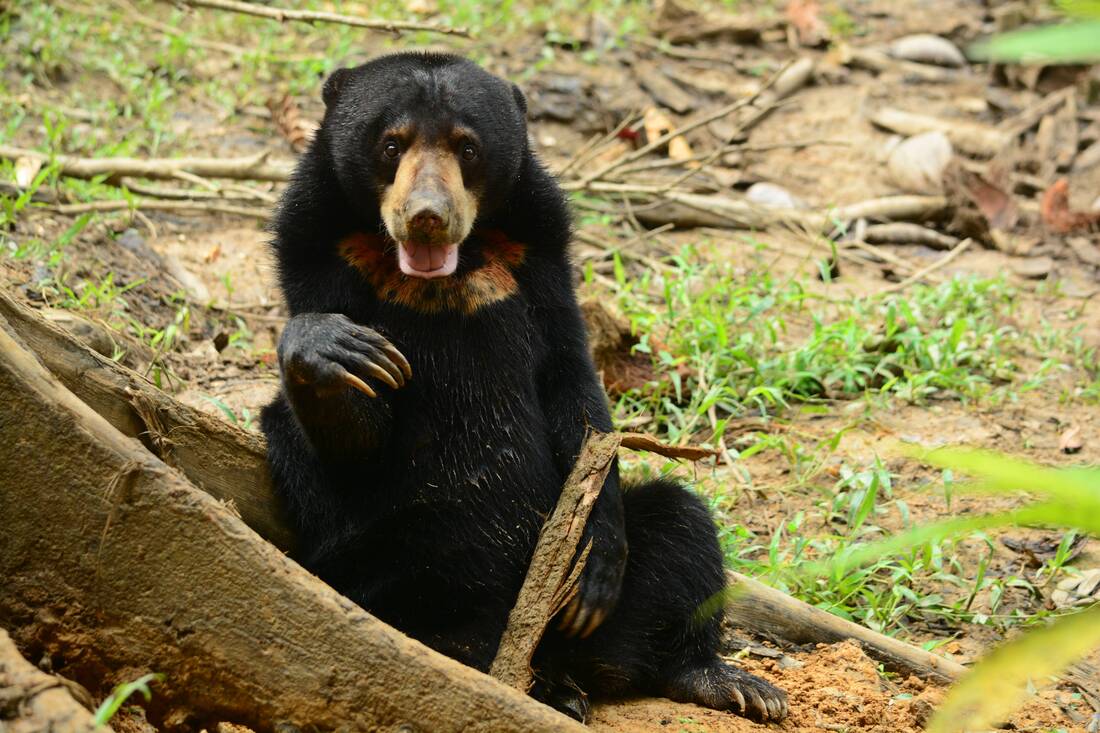 Name origin: Name given by previous owner who surrendered her to BSBCC.

History: She was captured by poachers and kept as a house pet in Ranau district (West coast part of Sabah). Due to her unbalanced diet, she showed symptoms of calcium deficiency like walking in an abnormal way and shorter body structure. Now that Mary’s physical condition has improved, she can climb around like other bears.

Personality: Mary is certainly a very precious bear in our centre. She is very friendly to bears and people. For Mary, being previously kept as a pet makes her sometimes forget that she is a bear. She often sits like a human does and when in her indoor den, she will sit on the water bowl in the cage. Now, she hangs around with the sub-adult bears, Dodop, Wawa, Noah, Nano, Logan and Joe which improves her behaviour as a sun bear again. Mary is playful and a little bit grumpy with her playmates. However, she is pretty easy-going and would leisurely walk around in the forest enclosure. She does not mind being in the centre of attention amongst people. She likes to spend her time resting under the shade of trees. She and her bear friends like to climb on large dead logs of fallen trees and hang around together. Mary often sits when it’s mealtime as she becomes a lazy bum waiting for food and will reach out for the ones closest to her first. She will take a rest after walking a few steps. Mary also likes to examine hollows in the trees. She like digging a lot. She digs like an archaeologist looking for termites, earthworms and invertebrates. Mary loves to suckle on her own feet to seek comfort. She creeps into the heart of anyone who spends time with her.​