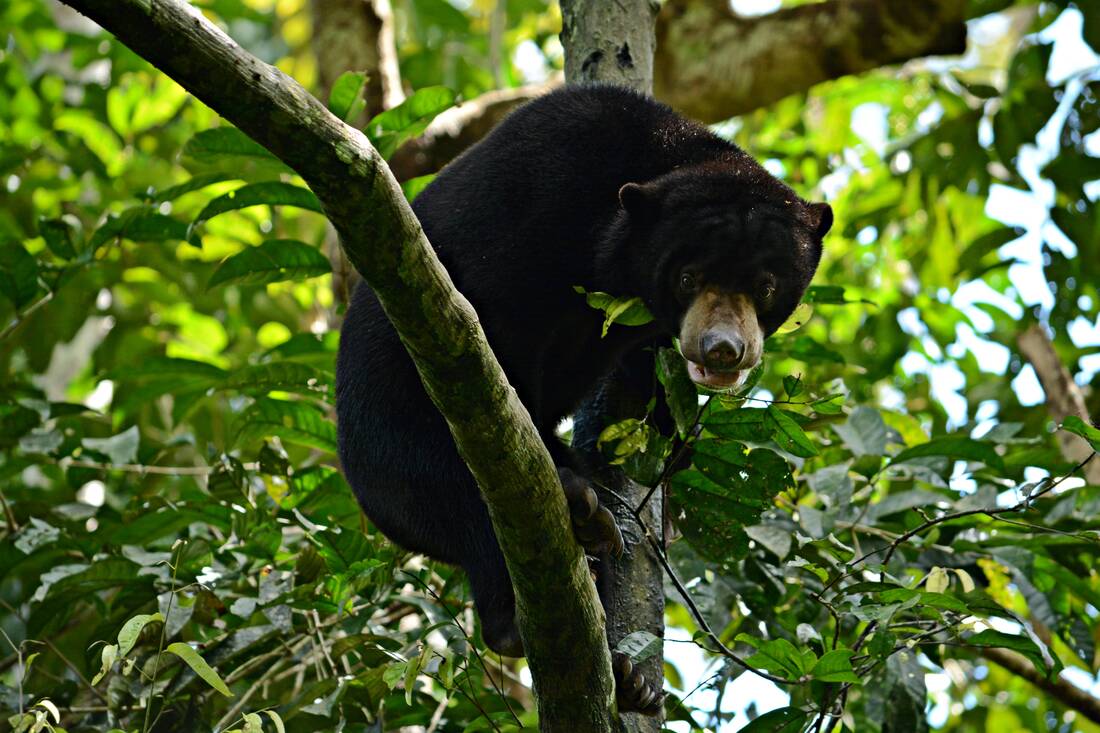 MEANING OF NAME: Originally called Bibi, by his owner, he has been renamed as “Logan” which is the name after the area he was found and after the ’X-Men’ character who was very brave, something we hope Logan the bear will also be.

HISTORY: Logan was found at Lokan River, Kulu-Kulu Village in Sabah. The owner claimed that Logan was left behind when he was following his mother crossing a river. Logan seems tiny and skinny beside his left front paw maggoty and hairless. He kept Logan around three months before surrendering him to the Sabah Wildlife Department (SWD) on 19th of May 2018 who sent him to BSBCC on the same day. Logan weighs 9.15kg. And sadly we found the claws on his front left paw have developed abnormally he was also missing his thumb on the same paw on his arrival. During the health check, X-ray is performed and the X-ray showed his left paw is malformed and loss first phalange thumb.

PERSONALITY: Logan has bright and innocent eyes that can capture the hearts of everyone. In between playing, he enjoys resting on the big platform or climbing structure. On the 7th June 2018, little Logan finally stepped out into the forest! Logan is a fast learner. He is showing significant progress with his forest skills. Logan loves to dig and eat small invertebrates like termites, ants and pill millipedes. Even though he has difficulty climbing due to his abnormal claw development and the absence of his left thumb, nothing can stop him from climbing and exploring the environment. However, sometimes he will get tired quickly after climbing too many different trees and lianas. Logan loves water. He always walks to the stream and enjoys dipping in it!

​Logan is one of the most playful and energetic bears and he loves to play wrestle with his bear pals. He also loves to venture into the forest with his best buddies Joe and Romolina. Although sometimes Romolina and Logan get into fights, Logan is a carefree bear and is the only one that can withstand little Romolina’s temper and attitude at times. He is like a big brother to Romolina, always protecting and defending her from other bears.

Logan is a friendly bear who can blend well with others. As well as Joe and Romolina, Logan is also making friends with Noah, Wawa, Dodop and Mary. Logan still has a long way to go. He has grown so much, and is still developing. We have high hopes that Logan will be the bravest bear that you have ever seen! He will gain the courage and strength that will help him to return to the forest and be wild!

​IDENTIFYING MARKS OR TRAITS: Logan is missing his left thumb and his left front paw has developed abnormally​

​
ADOPTION: Logan is available for ﻿My Bear Adoption ﻿Programme.