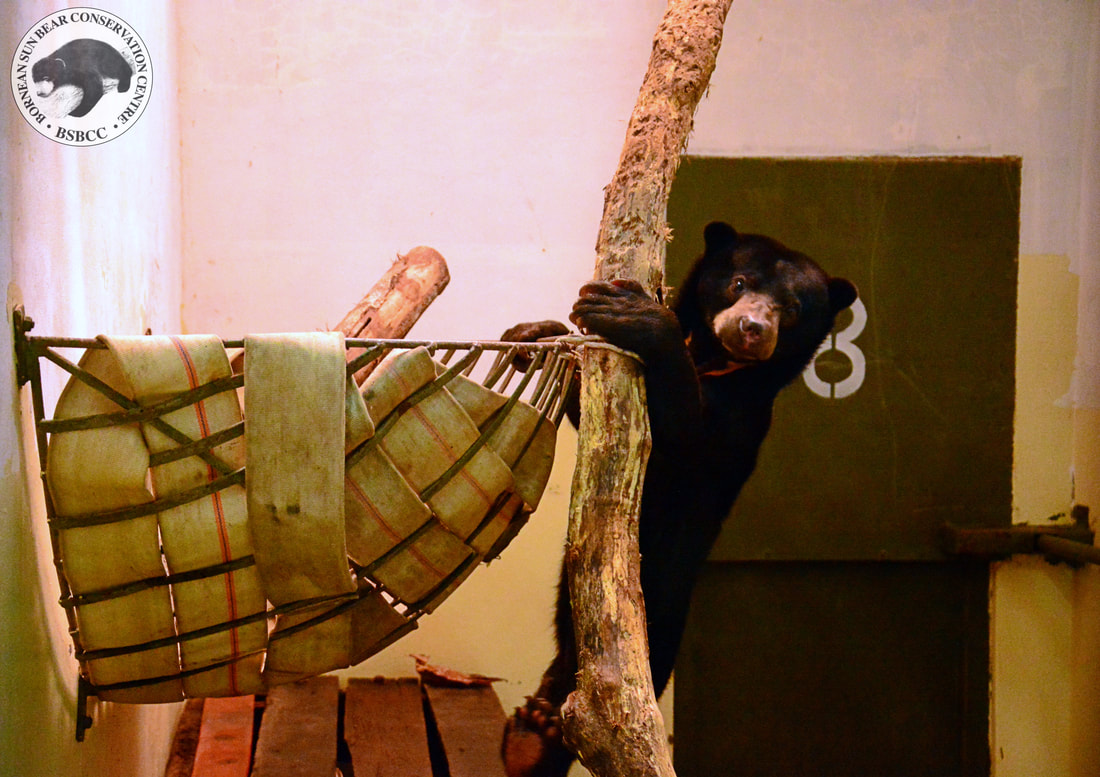 HISTORY: Kukuton was kept as a house pet in Kg Taginambur, Jalan Kota Belud – Ranau in Kota Belud from 2015 to 2019. The owner claimed that she had no intention of keeping Kukuton as a pet and tried to protect him from being sold to others. Then she also said the reason was she was busy with her family and that this was the reason it took her four years to hand Kukuton over to the authorities. Sadly, during that time, Kukuton was confined in a small cage. He was handed over to the Sabah Wildlife Department on 13 September 2019.

Two years later the owner paid the price for her mistake,when on 21 July 2021,in court,she pleaded guilty that she violated the Wildlife Conservation Enactment 1997 and was given a fine of RM15,000 or imprisonment for four months. She paid the fine. However, the punishment does not free Kukuton from his traumatic past which may leave an indelible mark on his life and personality.

PERSONALITY: Kukuton is a quiet and alert bear. He prefers to stay in the corner and look around. Sometimes he would take a closer look at his surroundings. Due to his past trauma, Kukuton exhibits self-inflicted stereotype behaviour. To help him reduce this negative behaviour, the keepers provided him with lots of nature-based enrichment to enrich his day. As a result he shows curiosity and explores around.

Kukuton is not a morning bear. Kukuton is still  lying in his hammock with his sleepy face in the morning. Kukuton is a fast eater. He was eager to try every food offered to him. His favourite food now is the cooked egg!

Kukuton will need more time to adapt to his new environment. We will do our best and hope that Kukuton can recover from the pain he suffered and regain his confidence and have a second chance to live in the forest again.

ADOPTION: Kukuton is available for My Bear Adoption Programme.