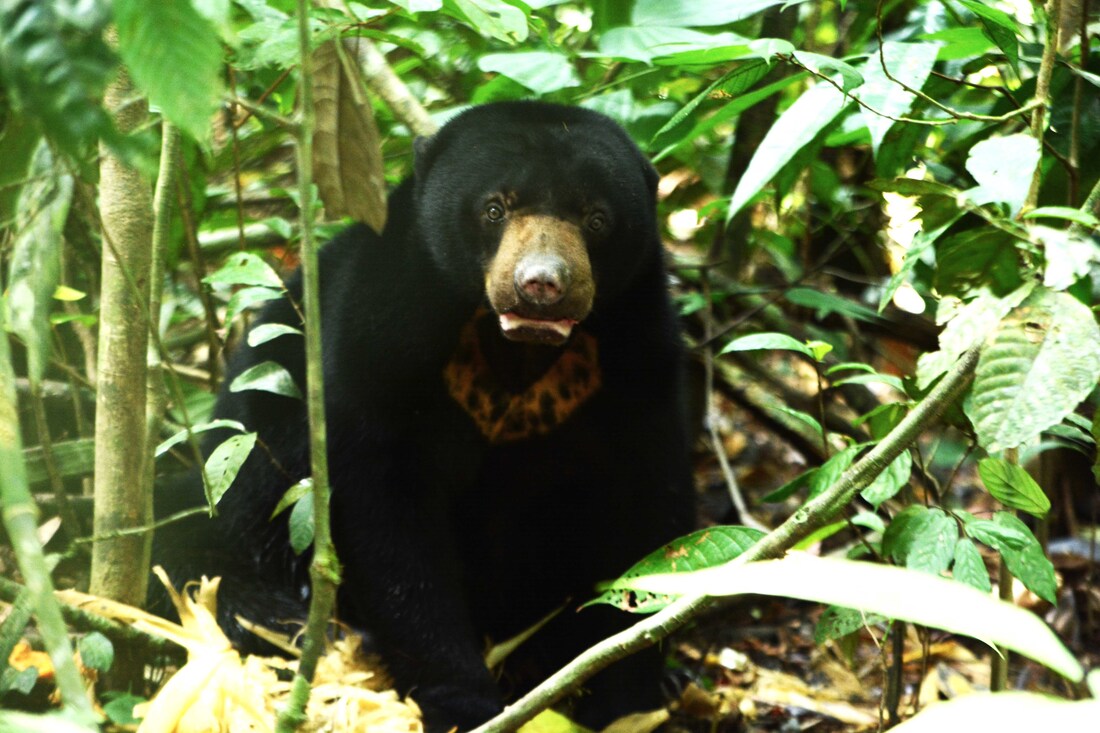 Name origin: Name after the town she was rescued from.

History: Arrived from Kinabatangan River in January 2009. She was in a very bad condition, as she was previously kept as a pet in a small iron-cage, probably since she was an infant. Her mother was suspected to have been killed for bear body parts for the black market. Kuamut’s neck was tied with an enormously heavy metal chain with a brass lock, weighing more than 2 kg. She might have been attached to this chain since she was a cub. Her neck was thin and worn when the chains were finally removed by specialists at the BSBCC. She is now one of the healthiest bears roaming around the forest enclosure of BSBCC.

Personality: Kuamut is a quiet, gentle but playful bear. Her fur is always in disarray as she is very adventurous. Like Susie, she also has a few wrinkles on top of her head. Every day, she goes on her independent adventures in the forest. Susie is her closest friend and the only one she will play wrestle with. Kuamut can easily be spotted and never misses an afternoon nap on the platform near the bear house. Whenever it is mealtime, she can be quite impatient and will vocalize when she sees other bears getting their food first. Be warned not to alarm her with sudden movements or noises. She loves to borrow and stay in other sun bear friends’ tree nests! At times, she can be seen tangling her body around lianas and playfully trying to get them off of her. She is an adamant survivor and seems happy to be at the centre. She’s learnt very well to search for her own food. At the end of the day, she will often be covered in soil and dirt when she comes back to her den, marking another job well done at doing what bears do best!​

Identifying mark or trait: Kuamut has identifiable facial features with blue/grey eyes and white dot markings on her eyebrows. She also has a very broad chest mark with plenty of black dots.

Kuamut is available for MY BEAR adoption.