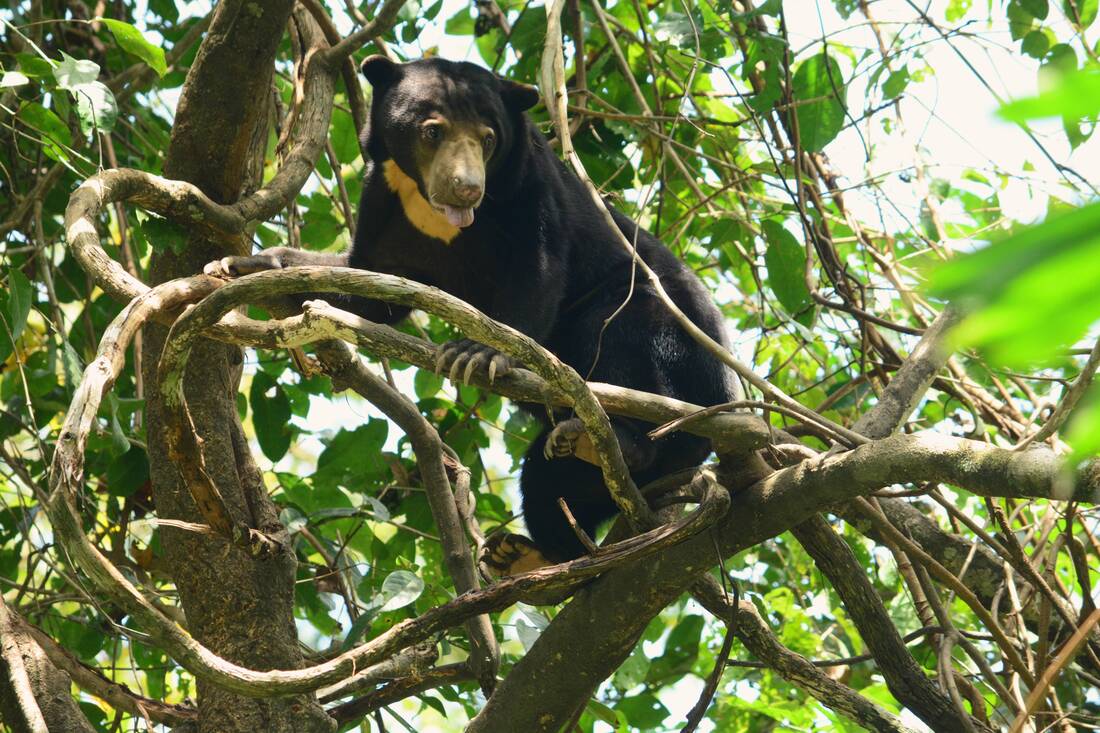 MEANING OF NAME: Originally nicknamed “Kalong” by the previous owner, but we change her name “Kina”, after the place where she was kept at Kinarut, Sabah.

HISTORY: Her owner claimed that Kina’s mother was crossing a road and got frightened then just ran away and left Kina behind. Kina was just a bear cub and had not even opened her eyes yet. Hence, her owner took her and kept her for more than a year. We will never know exactly what happened to Kina before she was found alone in the forest. The owner then decided to surrender her to the Sabah Wildlife Department on February 2nd, 2017. Kina arrived at the BSBCC on March 1st, 2017. Kina had been kept as an illegal pet for a year. She had a relatively small head compared to her body and her canines appeared small. Upon her arrival she weighed 12.85kg,showing signs of malnutrition and being poorly cared for since she was a cub. She lacked sufficient nutrients for her growth and development due to being fed inappropriate food. She was fed rice, coconut, sugar cane and Nespray (full cream milk powder).

PERSONALITY: Kina is an energetic, active and playful bear full of enthusiasm. Her face is bright, with soft eyes that are cute and curious all the time. She enjoys the fun of enrichment and tries different ways to tear, paw and roll to reach enrichments. She is a happy go lucky bear, always up to something, whether it is lounging in the basket or hammock as she watches the other bears, lying on her belly looking at her surroundings, splashing water or playing with BJ and Sika.

On 6th February 2020, Kina and her groupmates (Sika, BJ and Soo) moved to the bear house. Kina adapted well to the new environment. Kina is confident and shows her dominance in her group. She also has an enormous appetite; no food leftover at all! You can see her, cheekily grab all the food for herself. When there is food around, she will vocalize, guarding her food. After she is full, she will climb up on a tree and rest. She loves to explore the forest and leaves signs to show she has been there. We will continue to do the best we can for her to have a chance for a better future.​

IDENTIFYING MARKS OR TRAITS: Has a slender and pointy muzzle with a “U” symmetry shaped chest mark.

​
ADOPTION: Kina is available for MY BEAR adoption.