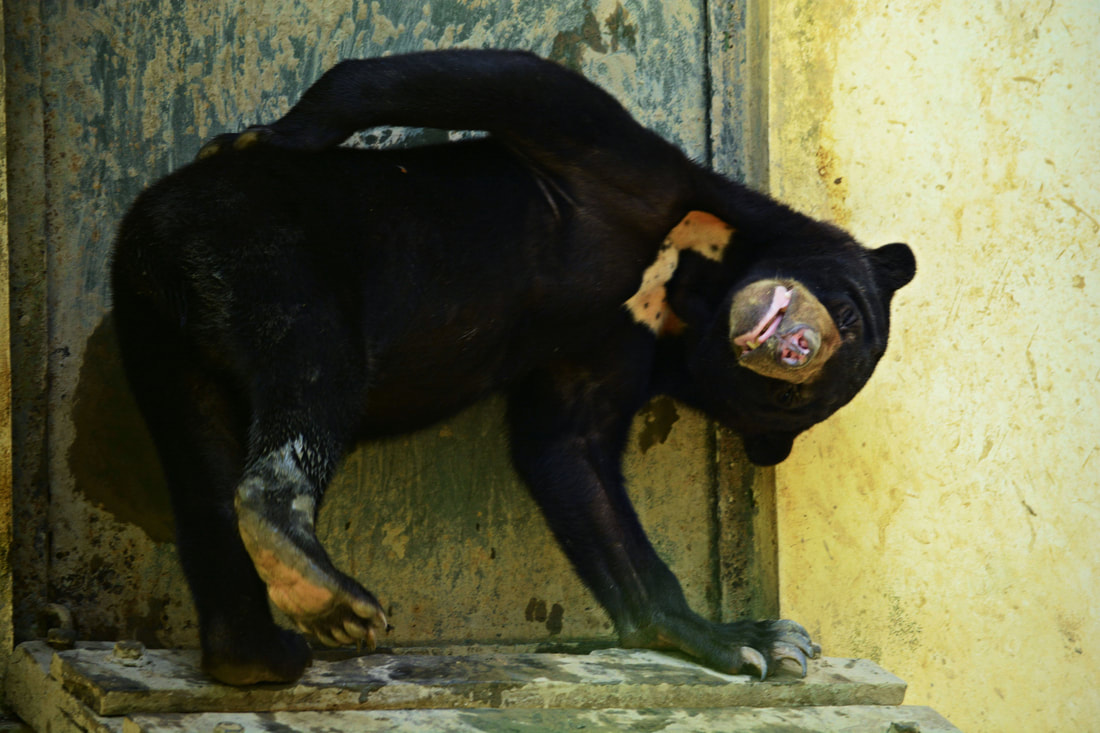 MEANING OF NAME: Originally known as Fifie. He has been re-named as “Joe” which was given by Joseph Myszkowski, one of the volunteers from the Association of Zoos & Aquariums (AZA).

HISTORY: A person found the cub alone in the forest when he was three months old. He was rescued from Kg. Kipaku, Tambunan. The person then sent the cub to Lok Kawi Wildlife Park on the 12th of April 2018. The bear arrived at BSBCC on the 22nd of January 2019. He was in a healthy condition and his weight was 22.8 kg during the arrival.

PERSONALITY: He is settling down in his new home in BSBCC’S quarantine. Joe is always bright and curious. He is very tame and will suckle both his hind paws when in need of attention. He pretty much does so when he sees humans. Joe can eat anything and has a good appetite. His dens are filled with browse, toys, hammocks, a climbing structure, swings and a comfy platform for him to climb, play and rest on. He is always eager to receive various enrichment items. He is a playful bear and will roll around the dens to try out every corner of enrichment. He likes to spend his time resting on the platform. Joe is aware of surrounding sounds. He has since been successfully integrated with two other cubs (Logan and Romolina), and moved to much larger dens in the bear house. On April 30 2019, he took his first steps on the forest floor. With other bear cubs as playmates, he is now slowly learning to trust and is developing the skills pertinent to survival in the wild. Joe has adapted well to his new forest home and is making good progress. We are hopeful that he will slowly be detached from need of human attachment with encouragement from other bears so that he will learn to be wild again, together with his group of friends.
​
Joe is available for SHARE BEAR adoption.