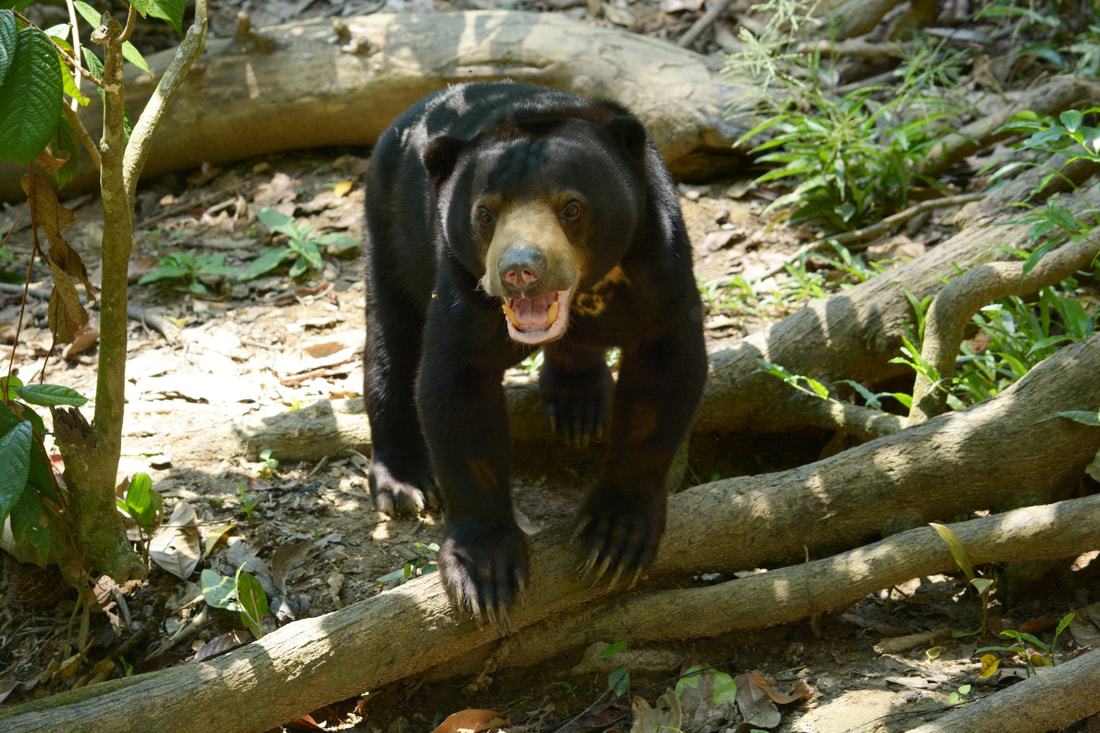 History: Fulung was found by a villager’s hunting dog in a remote forest area of Long Pasia, Sabah. He was taken as a house pet and grew very quickly under the villager’s care. Fulung was surrendered to the Sabah Wildlife Department and brought to the Lok Kawi Zoo before being sent to BSBCC on 15th August 2010. He was injured by the hunting dog and had a bite mark on his body. He also had a scratch mark on his forehead which is believed to be caused by the cage bar that he used to try breaking out from.

Personality: Fulung is one of the most popular bears in our centre and he embraces the attention he gets. He always captures the heart of visitors with his enthusiasm and loving nature. He is very photogenic and friendly both to other bears and humans. He is best known for loving to stand on his hind legs to get a better smell or look. Fulung has proved to us that he is the most confident and lovely bears in the centre. He keeps himself busy and spends his days roaming around the free-range forest enclosure, foraging up invertebrates, basking in the sun, taking naps and loving to climb high up in the trees. He took easily to the forest environment and spends a great deal of his days surrounded by loving pals (Ah Bui, Rungus, Julaini, Ah Lun and Montom). Fulung is an expert climber and will show off his skills as he rediscovers his natural bear behaviours. He has become a much-loved member of the sun bear family! He will keep learning to be a wild bear and enjoy every moment he spends in the forest enclosures.​

Identifying mark or trait: Has a wide and pointy chest mark and open dry wound on his abdomen.