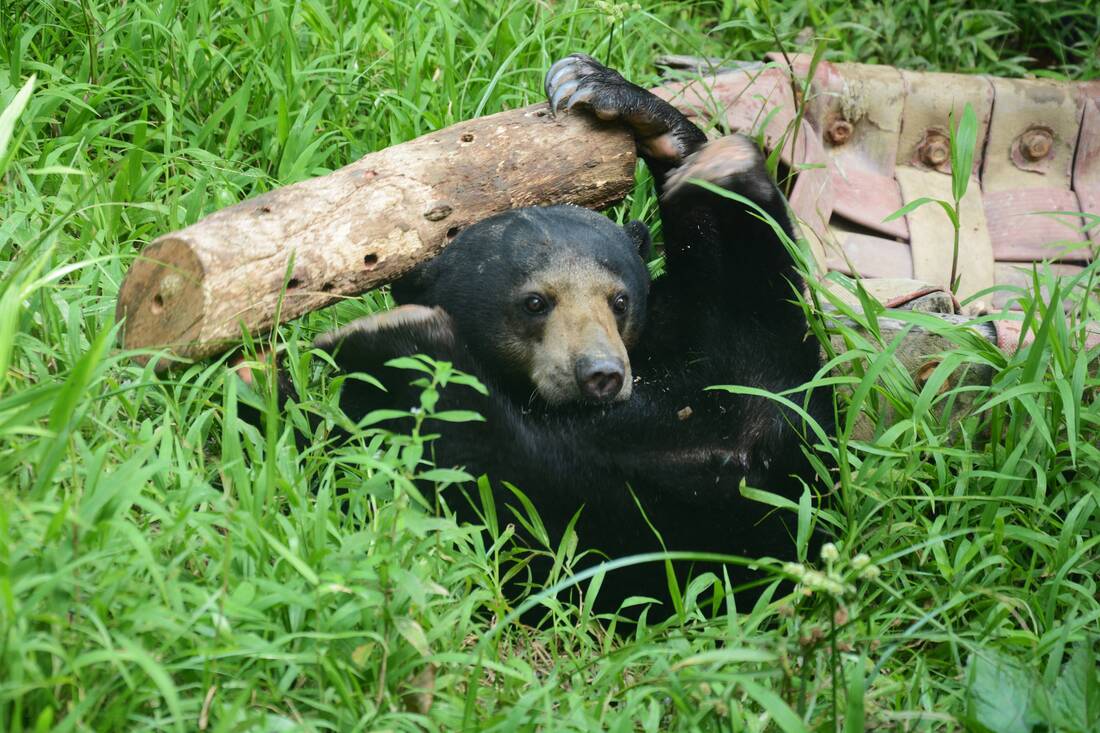 MEANING OF NAME: Name was given to her by his previous owner

HISTORY: Dodop was handed over to the Sabah Wildlife Department in Singgaron village, Ranau district and arrived at BSBCC on June 2nd, 2016. She was kept as pet in a small cage and fed with milk, rice and fruits. She was a healthy sun bear juvenile when she first came in. She weighed 17.15 kg. Upon first quick medical check, it was found that the Dodop was missing all four of her milk canines. Sun bears use their sharp canines as weapons or as tools for tearing up and into trees to get at insects. This shows that sun bear orphans being kept as pets, with the people supposed to be looking after them entirely unware of the sun bear cub needs, is not only illegal but harmful for the bears future!

PERSONALITY: Dodop is a very calm and shy sun bear. Dodop has a playmate called Wawa, a female sun bear cub with whom she stayed together with in quarantine.  On the 14th of August 2016, the bear team began taking Dodop out for walks in the forest in order to further teach her sun bear skills. She adjusted quickly and was very eager to run, forage for insects, climb trees and explore the new environment. On the 10th of October, 2016, Dodop and her friend, Wawa moved to the bear house. Dodop got to meet more friends from the bear house with the sub-adult sun bears. She may look sleepy all the time, but she is a very adventurous and inquisitive bear. Now, Dodop has adapted well in the forest enclosure. She likes to be dirty to show how much she loves and enjoys staying in the forest.​