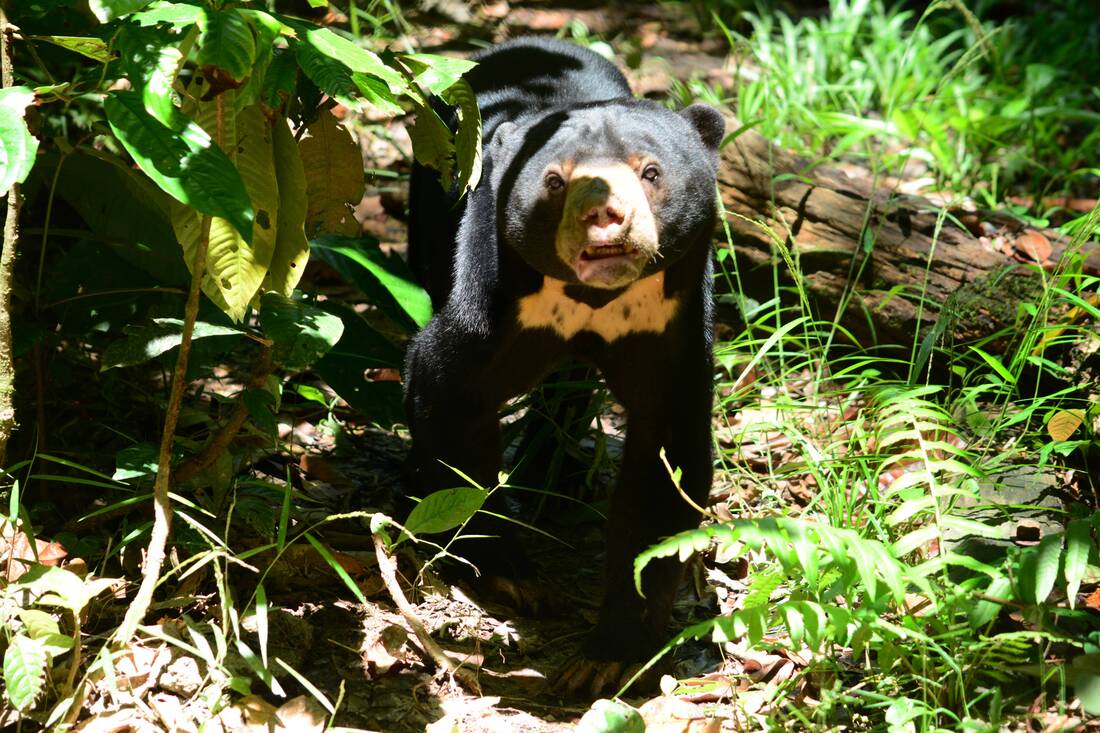 HISTORY: BJ was just five months old when he was handed over to Lok Kawi Wildlife Park on March 2nd 2017. He was purchased in Sonsogon village, Pitas on February 19th 2017 for the price of RM 300 and then kept as house pet. The previous owner fed him primarily rice, meat, honey and fruits. He was sent to BSBCC on November 22nd 2018. BJ was a healthy sun bear yearling when he first arrived with a weight of 33.8kg.

PERSONALITY: BJ is always full of energy. He is aware of all surrounding sounds, trying to identify better what has caught his attention. BJ developed a sweet tooth and enjoyed eating all kinds of fruit given to him. On the 14th December 2018, BJ integrated into a larger social group of female bears – Kina, Sika, Soo and Diana, which would help him adjust to his new life and learn how to be a bear again!

BJ is always filled with curiosity and enjoys exploring the enrichment around the dens. He loves to spend time working out how to get use his enrichment and attempts to destroy it! On the 6th February 2020, BJ moved to the bear house with his social groupmates - Sika, Kina and Soo. After the fence training, BJ was released to the forest enclosure with his group. BJ showed a lack of confidence. He can be frightened easily by people or sound. He will stay behind in the leaves, observing the surroundings. BJ found his favourite spot in the forest. BJ loves food, and he will come for the food. And, he also is vocal for guarding his food.

BJ now is just starting to take his steps on the road to recovery. He will start learning, and experiencing that life as a bear is good.

IDENTIFYING MARKS OR TRAITS: He has a grey -whitish nose.

​
ADOPTION: BJ is available for MY BEAR Adoption