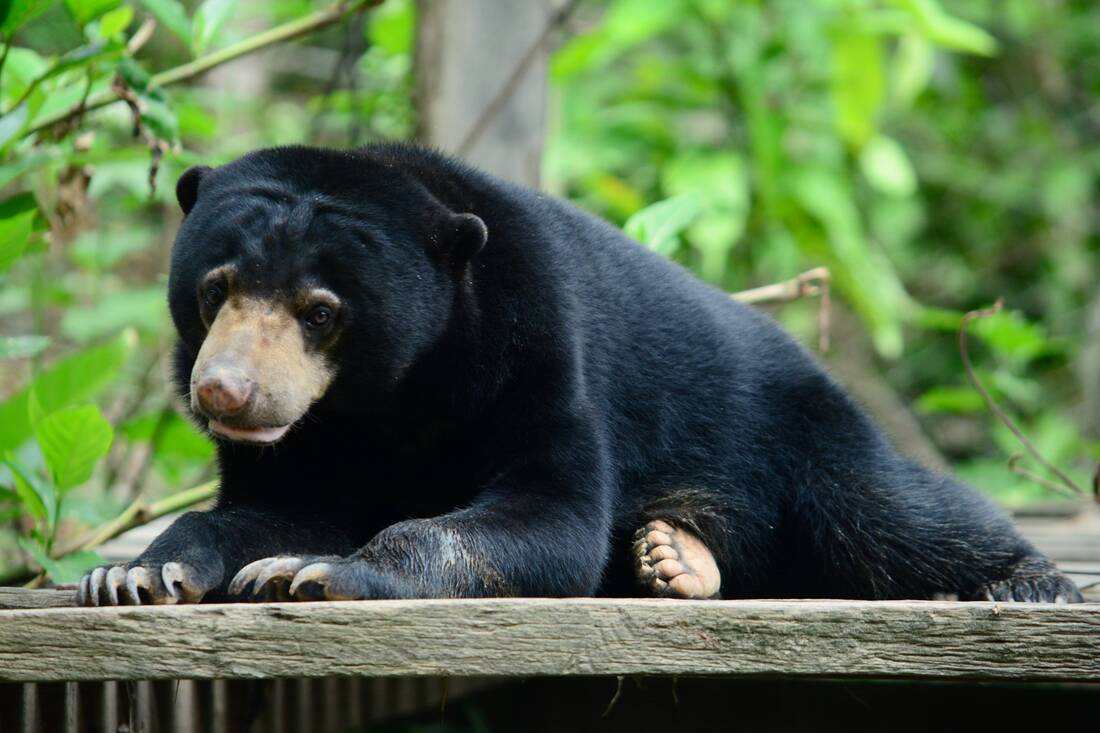 MEANING OF NAME : Originally known as Ronnie, a name given to her by her previous owner who surrendered her to the BSBCC, has been re-named as “Bintang” in recognition of all the enabling support from Albert Teo Chin Kion and Borneo Eco Tour Sdn Bhd who are passionate about changing a sun bear's life.

HISTORY: Bintang was confiscated as an illegally held house pet and was sent to the BSBCC on 15th July 2014. We believe her mother was most likely killed by the poacher.

PERSONALITY:  Bintang is a very kind-natured and gentle female sun bear. When Bintang arrived at the centre, she weighed only 7.9kg. She has since quickly adjusted to her new surroundings. Bintang and her friends took their first step into the forest enclosure on the 24th of December, 2015. She likes to be dirty! She digs and tears up deadwood. She is learning all the skills pertinent to survival in the wild, and she is doing well. She spends her days biting, twisting or tearing branches and leaves. She can build a small but warm ground nest. She can climb high up and enjoys her nap time, snoozing in her favourite tree. She is agile and inquisitive. In her indoor pen, she settles down well with Susie 2 and loves to chill on her hammock. Both of them will, at times, groom each other. She will suckle on her own paw to seek comfort. When surprised or curious, she will stand on two feet, sniffing and looking round her surroundings. She is also capable of being independent and going on solo adventures in the forest enclosure. She is still learning and gaining the skills and confidence that she will need to survive in the wild. Hopefully, she can return to her natural habitat, the forest, soon.
​
IDENTIFYING MARKS OR TRAITS: The chest mark of Bintang similar to sun shaped with sprinkled with light black dots.

ADOPTION: Bintang is available for the My Bear Adoption Programme.