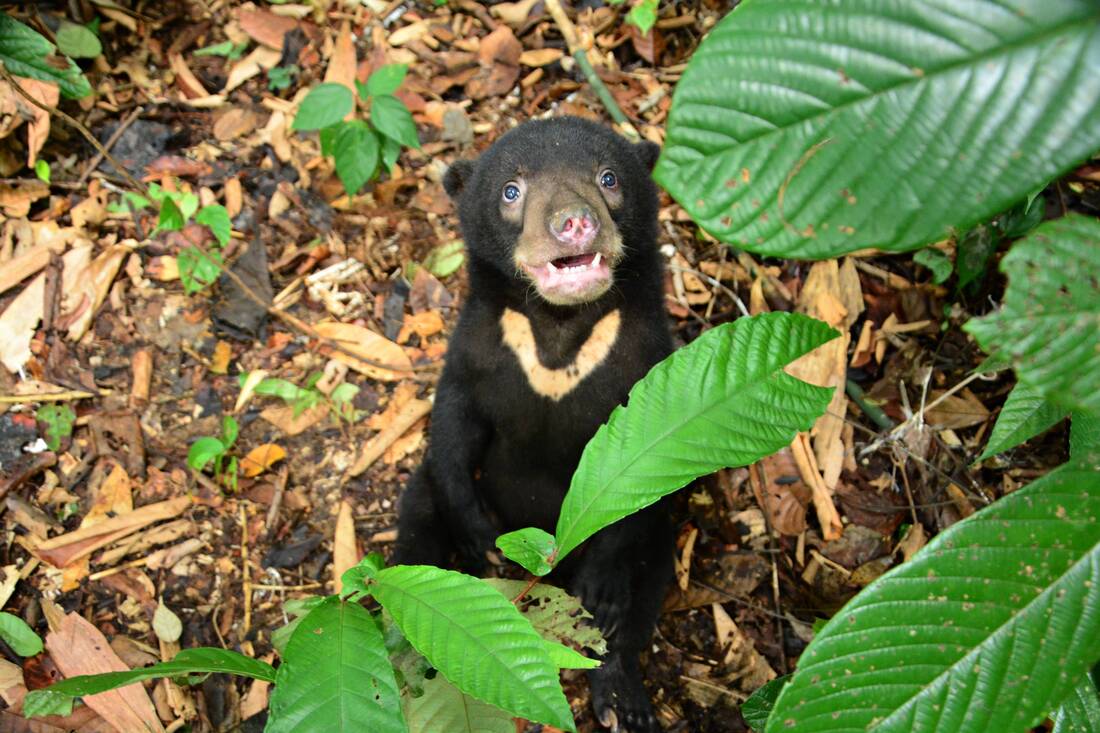 MEANING OF NAME: Named after the village he was rescued from.

HISTORY: Betung was found by a villager’s dog in an orchard at Kampung Betung, Ranau district in April 2020. The villager claimed that she was wandering alone and was a very tiny cub with no teeth during the rescue. She was previously kept as a house pet in a chicken wire mesh cage and was fed with Lactogen milk powder only - she lacked sufficient nutrients for her growth and development. The villager was willing to surrender the cub to the Sabah Wildlife Department. She was sent to Lok Kawi Wildlife Park on 21st August 2020. She came to BSBCC on 26th August 2020. Upon arrival at the BSBCC, her weight was 1.4kg and she was in a poor condition, underweight and suffering from being emaciated, malnourished and had multiple alopecia on her head and body.

PERSONALITY: She is the smallest and skinniest bear cub,only 45cm long,that we had received in our centre. She has beautiful blue eyes. Betung is settling into the quarantine dens. She has adjusted to her new surroundings and is slowly starting to get better. Because she is still a little bear, we are taking it slowly to introduce her to her new life.

Betung is an adorable and charismatic female sun bear cub. She is being closely monitored and is receiving around the clock care. She is now brighter. Having been orphaned and not having a mother teach her what to do – it is a tough time of her life. She has been given opportunities to regain her strength through enrichment toys – allowing her to build her strength and learn all the skills pertinent to survival in the wild. Little Betung never misses a chance to climb!! Every day, she improves in her tree-climbing abilities. If she cannot make her own way down, she will get the courage to try. She loves to bite and play with the small branches or dried leaves!

On 25th December 2020, Little Betung has made new bear friends for the first time in her life. Interactions between Betung, Kipaku, and Itam have shown to be positive. Itam & Kipaku help her adjust to her new life and learn how to be a bear again.

Betung is embarking on a new life, free from danger, and she knows she can freely explore! She is slowly gaining strength and proves to be a natural fighter! We will continue to do the best we can to let her have a better future and start living the bear life she deserves.
​