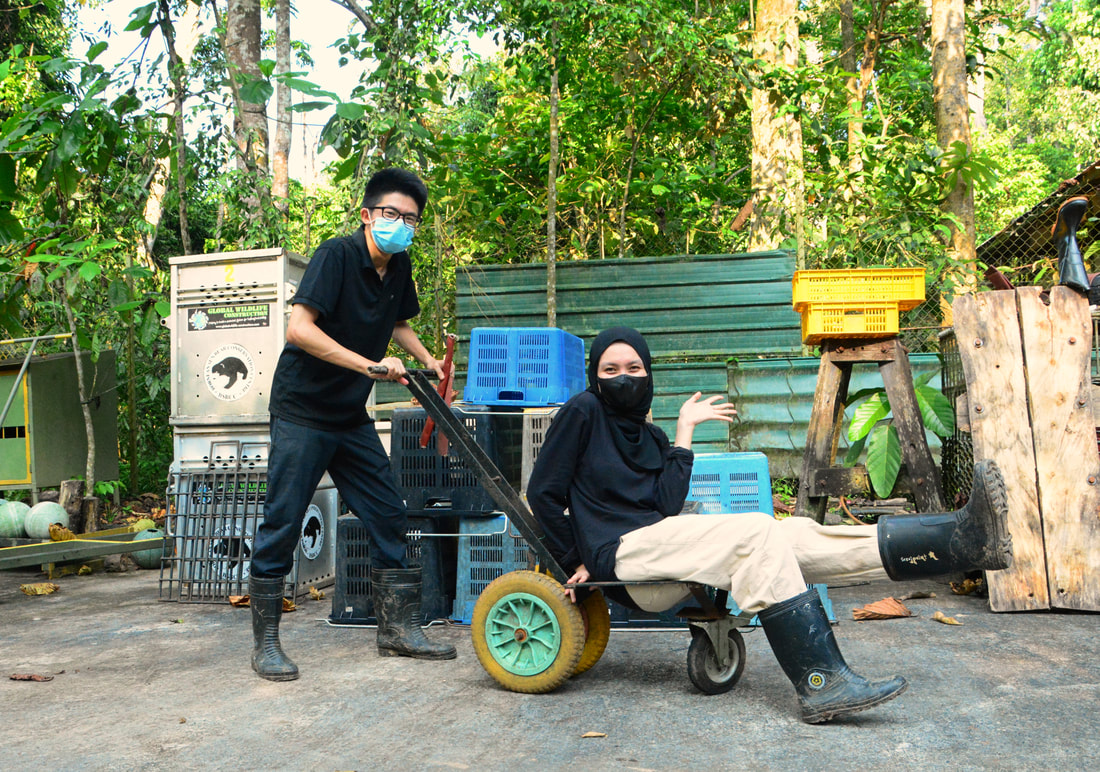 History: He was brought in from Keningau town in October of 2002, as a sub adult and has been with Keningau, an adult female bear from a very early age.

Personality: Bermuda is by far the most dominant and strongest male in our centre. He is focused, always alert and very aware of his surroundings. He gets pretty aggressive around other male bears and does not like it when someone’s back is facing him for too long. Though he is a fit and tough guy who works out every day to build up his strength, he is a playful boy when given his favourite enrichments like ice blocks, wooden logs, green leaves and bunches of dried leaves. Fruits appear to be one of his favourite foods! He will devour each fruit within seconds! He loves to take afternoon naps in his basket bed. One obvious quirk of his is the way his tongue often hangs sideways out of his mouth, which may sometimes be because he is stressed, curious or anticipating food.

​On 28 May 2019, he finally stepped out to the forest after spending seven years in the bear house. Due to the limited space in the forest enclosures, he was in a queue and needed to wait for other resident bears to familiarize themselves with their new forest enclosure first, before it reached his turn. Bermuda started loving to explore his new home in the dense rainforest. He was very curious with his surroundings. He kept looking into the next enclosure to see the bears and what they were doing. His favourite activities include digging up ants, roaming around to find honey bees and napping on logs!

Identifying mark or trait: Bermuda is best known for his tongue hanging sideways out of his mouth and under the water container. He is also very alert and interested in the world around him, which may be the reason he tends to pace and be aggressive towards strangers.

Adoption: Bermuda is available for My Bear Adoption Programme.