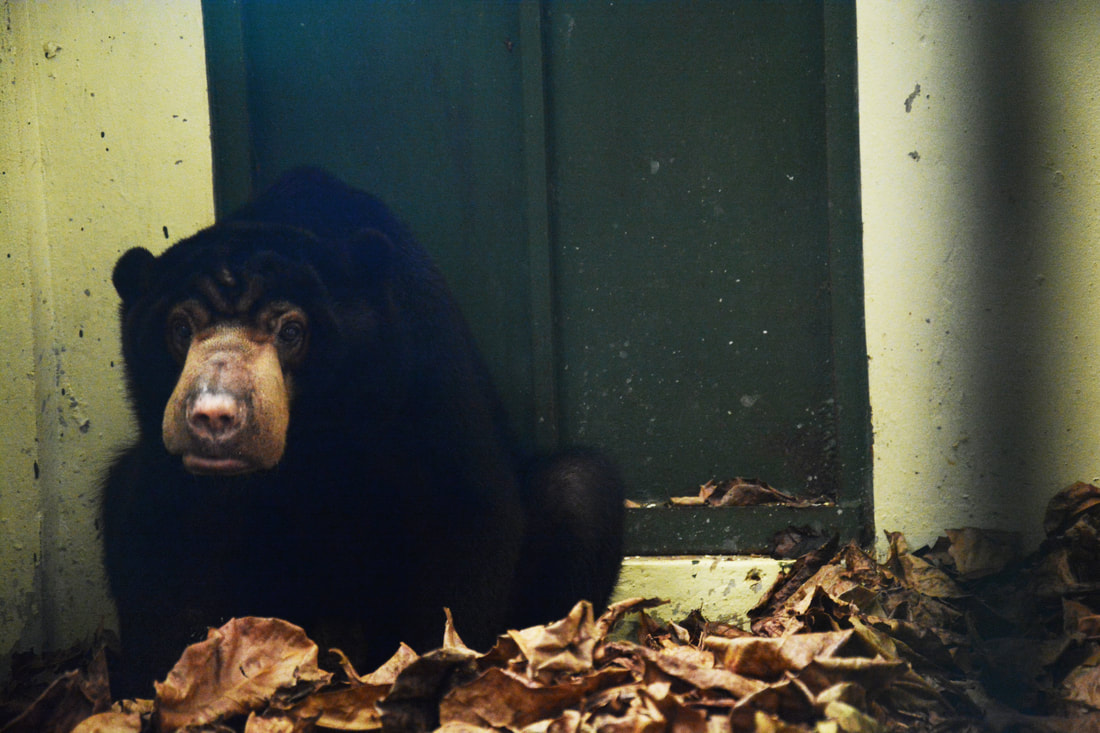 Name meaning: The name was given by the previous owner. Named after the Tamaco Plantation and modified to Amaco

History: Amaco was found at Tamaco Plantation near the Lahad Datu district when the company first opened the area for oil palm plantation. Due to his diet of rice and condensed milk for at last 18 years, Amaco’s teeth are in a very bad condition.

Personality:  Amaco is among the oldest among the bears in the centre. He does not like water and tends to shy away from it. Because of his age, Amaco has slow reflects, moves at his own pace and is easily surprised. He does not climb and usually sleeps on the floor curled up or on his back with all four legs up. It is believed that Amaco was never given any enrichment when he was kept as a pet which explains his behaviour towards enrichment activities. Nevertheless, he has plenty of activities to keep him busy! He loves rolling, rubbing on peanut butter covered log feeders and digging into dead wood. He really focuses on working to get treats out of his enrichments. He greatly enjoys it! Although sometimes picky with food due to dental problems, he still relishes all his meals. Bananas and honey are his favourite! Panda and Chin are Amaco’s best pals now. They love play wrestling together in a soft way. During the day, Amaco will only peek out into the forest or bask under the sun near the ramp.

Identifying mark or trait: Being the oldest bear in the centre, he has distinctively long claws and huge paws compared to other bears in the centre. Amaco lost most of his teeth due to his diet of rice and condensed milk.

Amaco is available for MY BEAR adoption.