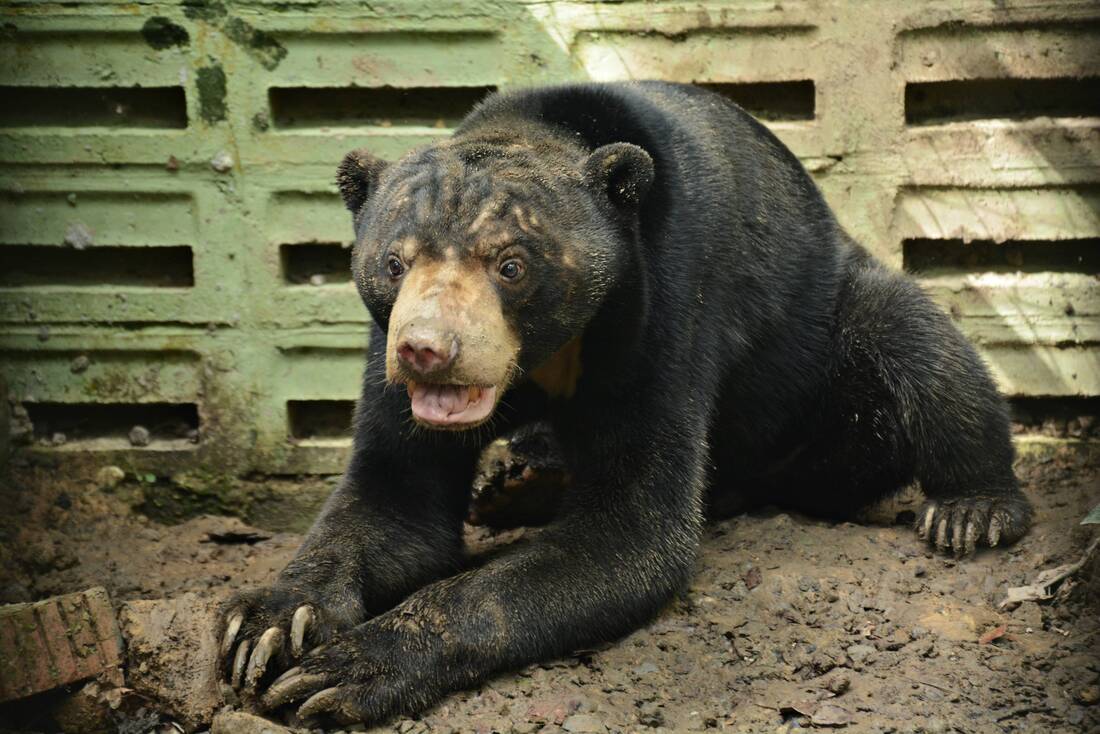 ​Name meaning: Name was given to him by his previous owner.

History: Along was kept at Mini Zoo Hot Springs, Tawau, in the south east of Sabah and displayed together with an adult female sun bear Simone. They were surrendered to the Sabah Wildlife Department in early January 2016 and underwent quarantine at Lok Kawi Zoo. On the first day of his arrival at BSBCC, Along barked and appeared to be aggressive when the transportation cage was moved.

Personality: Along is a huge fan of enrichments and wants to be the first to receive treats! He enjoys destroying and having maximum use of enrichments! Although he’s a very clumsy bear, we do not want to mess with Along. Whatever treats or toys his neighbouring den occupant Simone gets, he wants to have it as well! He particularly enjoys the Aussie Dog Ball enrichment where he will pull, push and rub over the ball using his gentle face or short sleek fur. At times, he will throw and try to bounce the ball to search for treats inside. He takes his sweet time exploring and digging in using his tongue and claws to earn treats from enrichments. He especially favours peanut butter. Along can be pretty grumpy when he does not get the treats out, but will stay determined and keep trying it until the end. When he gets excited, he hops and is as hyperactive as ever. He also likes to engage in new items presented to him and spends a lot of time exploring.
​
Adoption: Brad Joseph is adopting Along under the My Bear Adoption Programme.