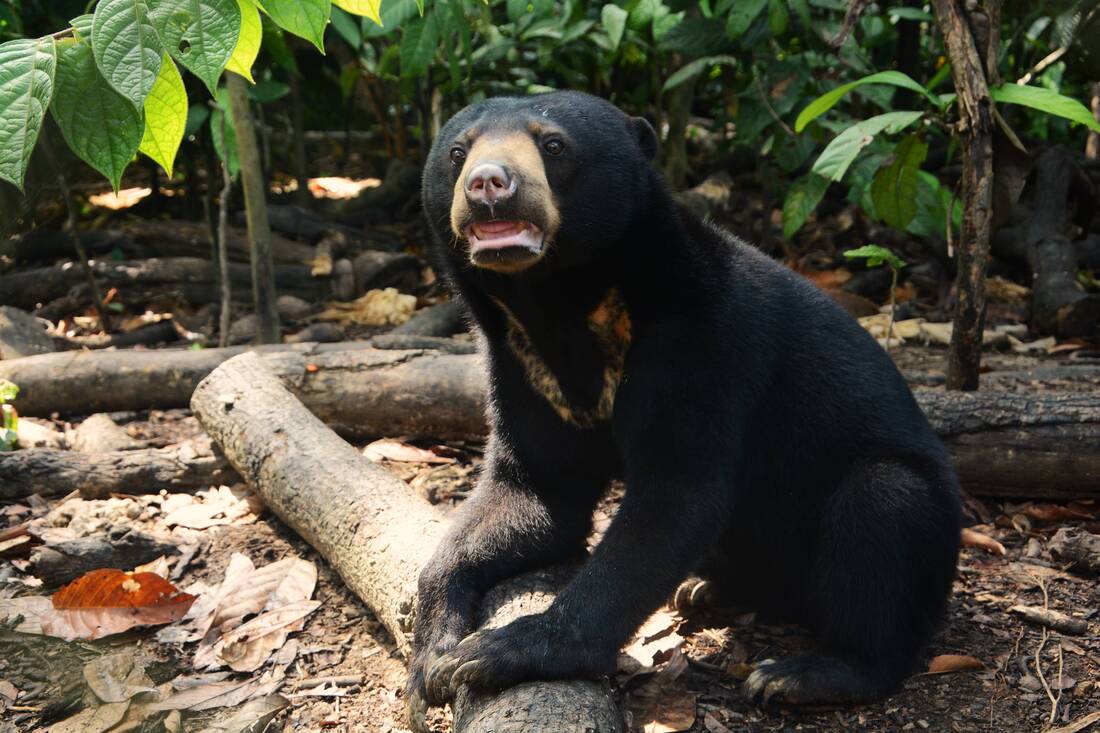 History: Ah Bui came to the BSBCC on the 4thof May 2012. She is originally from Sook village, Keningau. She was kept by a person who intended to sell her for her gall bladder. Overheard by the staff of the Sabah Wildlife Department, Ah Bui was rescued and sent to the BSBCC.

Personality: Ah Bui has grown into a very beautiful and confident bear with many bear friends who love her. Ah Bui is gentle, easy-going, an excellent climber and spends most of her time just relaxing and enjoying the view from the forest canopy. Sometimes she appears to be basking in the sun on a fallen decayed tree, absorbing the warmth of the sun’s rays. She is more than happy to chill out and can often be found sitting as she absorbs her surroundings. Ah Bui is a friendly but also independent bear, and has excellent foraging and climbing skills. She has also been found to build a tree nest in the tree canopy. She has a “sleepy character” which reflects in her feminine nature. Ah Bui likes dog biscuits and enjoys food enrichments like coconut and sugar cane while lying on her back, with legs flailing in the air, to hold her food. When it’s time to go out into the forest enclosure, she usually takes her time eating all the food she stumbles upon before heading out.​
Identifying mark or trait: Distinctively grayish muzzle instead of light brownish. She also has a symmetrical chest mark which looks more like a necklace. She has a “sleepy” character which reflects her femininity.

Ah Bui is available for MY BEAR adoption.